Band of Horses - Cease to Begin 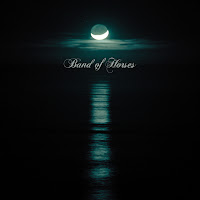 This is my favorite Band of Horses album. It never fails to move me, and I don't tend to be moved very often. Every song is a journey, and every journey takes me somewhere I'd never go if left to my own devices. This album is freaking magical.

Rather than devolve into hysterics in an attempt to properly capture how great Cease to Begin is, I'll just tell you that "Is There a Ghost," "No One's Gonna Love You," and "The General Specific" are my favorite tracks on this album. I also feel compelled to say that the fact that there is a track titled Detlef Schrempf on this album is just fantastic.

Baleeted? No. Listen to this album over and over until it's seared into my brain? Yes.