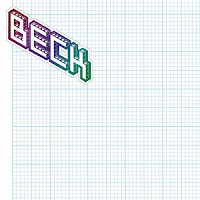 Before he became the jerk who released an album as sheet music, Beck was the pretentious guy who released The Information with no cover art. It was just graph paper, a few stickers, and a mandate to create your own cover art. I know he's trying to stick it to the man as well as challenge our notions about what modern music is and what it can be, but it's also pretentious and annoying.

Lucky for Beck, there are a few decent songs on this album. Songs that actually fit a mainstream conception of what a song can be. Songs you can actually play at a party and not get scowls from people who aren't cool enough to like Beck's more awful-sounding stuff. I'm talkin' bout "Think I'm in Love," "Soldier Jane," and the title track.

Baleeted? No. Despite its lack of artwork, this is actually a listenable album. You can't say that for everything Beck has done.