The Band - The Last Waltz 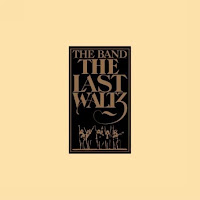 The Last Waltz is the greatest concert film of all time because it vividly captures what very well may be the greatest concert of all time. When The Band reached the point of amicable separation, they decided to hold one last massive concert with all their friends. What this means is that Bob Dylan, Neil Young, Eric Clapton, Joni Mitchell, Van Morrison, Emmylou Harris, Neil Diamond, Muddy Waters, Ronnie Wood, Paul Butterfield, Dr. John, Ronnie Hawkins, Ringo Starr, and The Staples Singers got together for a concert which Martin Scorsese filmed. The Last Waltz was a watershed moment for this generation of musicians, and this is the soundtrack taken from the film which captured that moment.

In the years since its initial release, The Last Waltz has been criticized for the fact that Scorsese sent The Band back into the studio to sweeten their own live tracks. So yeah, this album isn't 100% authentically live, but that's why it sounds like the greatest live album of its era. It was difficult to accurately capture live sound during that time, and there were more than a few bands who recorded live albums with crappy fidelity. Whatever The Band did in the studio after the live tracks were already on tape only serves to improve the overall experience.

While the best way of experiencing The Last Waltz is in the gorgeous documentary film, this soundtrack is almost as good. These are the best musicians of a generation performing at the height of their powers, and you owe it to yourself to see the film and hear the soundtrack.

Baleeted? No. This album just sounds important. I will never let it go.